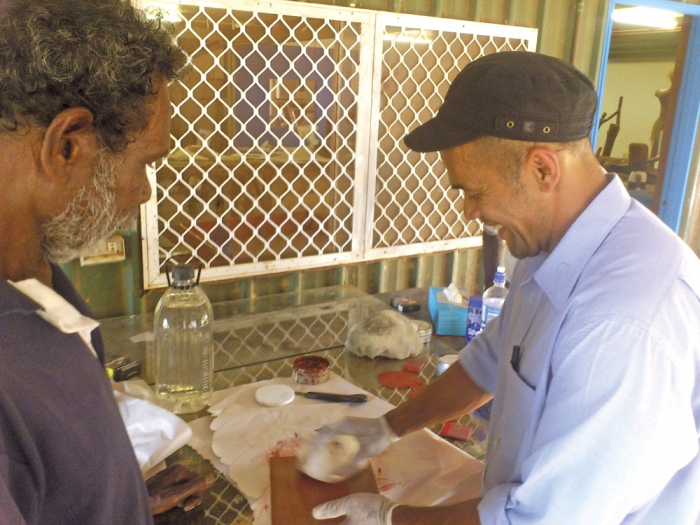 In preparation for a new exhibition with the Cairns Regional Gallery to be launched in July 2014, Arts Worker Charles Street with Print Maker Dian Darmansjah spent two weeks in September, surveying artists and delivering etching workshops in Mapoon, Napranum, Weipa, Aurukun and Pormpauraaw.

The Western Cape Region is well known for its totemic three dimensional carvings of Aurukun and the developing Ghost Net Sculptures of Pormpauraaw, however little is known about the printed works on paper of the region.

Num Print School has been developed by Wei’Num to collate and document the region’s growing printmaking sector, introducing new artists to audiences who are on the cusps of breaking into the broader Indigenous Arts Market.

Wei’Num will be releasing a limited edition suite to coincide with the launch of the exhibition in July. 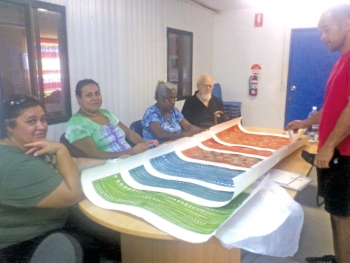 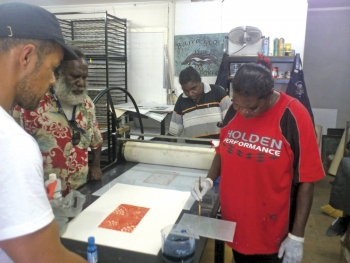